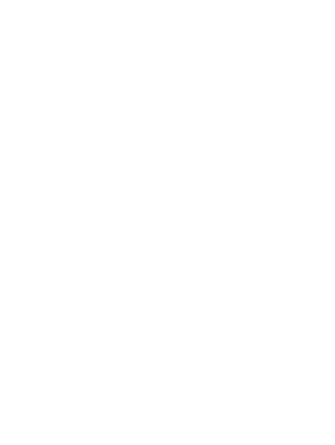 A big part of the success of any executive coaching engagement is the coachability of the leader being coached. The skills of a coach are important too in overcoming the resistance to change that comes up in any coaching engagement. One critical role that is often overlooked is the importance of the boss in empowering impact in coaching.

Often the boss is a busy person with lots of demands on their time and energy. Most likely, they have tried to coach the leader and have not gotten the results they were looking for, so they are happy to delegate this work to the coaching process. Sometimes, they may even be frustrated because they have tried to give feedback and change behaviors and it may not have had impact.

Yet, in the best coaching outcomes I have seen, the boss plays a pivotal role in impacting the outcome of coaching. In the ideal coaching process, the coach, the leader, and their boss are all partners in supporting the growth of the leader. Here are seven powerful commitments a great boss makes.

1) Set the stage for coaching. The boss sets a great stage for coaching success when they let the leader know that their company wants to invest in the leader’s growth and impact. Setting up the coaching as an investment in the leader’s growth rather than an attempt to “fix” behaviors opens up the leader to the learning process, rather than creating fear or defensiveness. The boss asks what support the leader needs from them. They come to a mutual agreement of what each person needs from the other to empower the coaching. Trust grows in the relationship when this happens.

2) Clarify goals. The boss takes the time to think through what the goals of the coaching process are from their perspective. They identify both what the leader does well, as well as what specific two to three behaviors will help the leader be more impactful. They share this upfront with both the leader and the coach.

3) Support the leader to experiment (and learn from failures). The process of growth and experimentation is hard and the leader who is going through coaching has to exercise courage and take risks in trying new behaviors. Like any new task, it may be sloppy before the leader becomes skilled at it. It is the boss’ job to notice the effort, to value the experimentation, and to create a safe space for the leader to experiment and learn from their failures. The best bosses I have seen also share with vulnerability their own failures, growth process, and challenges. They create a safe space for discussion when they do that. They continue to build trust in the relationship.

4) Continue to find reasons to believe in the leader’s success. As the leader is going through the coaching process, the boss speeds up the learning when they catch the leader doing something right! They notice progress, rather than focusing on perfection. New learning happens much more in a supportive environment. It creates further trust and willingness on the part of the leader to stretch outside their comfort zone.

6) Give honest feedback. The boss gives honest feedback (in private) to the leader. They take the time on a monthly basis with 1-on-1’s for the leader to brief them on progress and to provide feedback on what they see working well, and what needs to continue to improve.

7) Create a sustained coaching relationship. At the conclusion of the coaching process, and through the boss’ involvement in it, the boss has now become a more effective coach for the leader, and for others in the organization.

When the boss takes an active role in the coaching process for a leader, the entire organization benefits. The boss creates a learning and coaching culture. Stakeholders start to notice and support the culture and the growth of the leader. And the leader can grow and pay it forward for their people.

Time for a self-assessment. Which of the seven commitments are you willing to make to empower the coaching process? Will you commit to these and share your commitments with the leader being coached?

If you are part of an organization that hires executive coaches, reach out to me for the “Tool-Kit for Executive Coaching Impact“. It helps HR leaders optimize the impact of their executive coaching program.