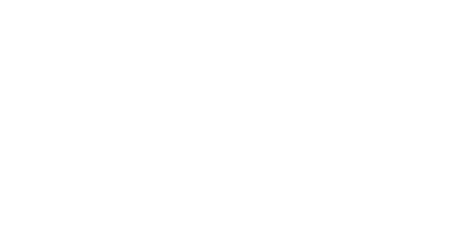 By Henna Inam
Posted July 10, 2018
In Emotional Intelligence, General, Own Your Power
The Importance Of Leading With Humanity2018-07-102018-08-29https://transformleaders.tv/wp-content/uploads/2018/07/transformational_leadership-logo2.pngTransformational Leadershiphttps://transformleaders.tv/wp-content/uploads/2018/08/immigrants.jpeg200px200px
0

Did President Donald Trump do the right thing in separating illegal immigrant parents from their children? As this story has unfolded over the last weeks, the United States is more divided than ever. Yesterday, Saturday, June 30, marches happened across the country in protest of children being separated from parents. It is a war for who Americans are and what Americans believe. It is a fundamental disagreement about who we are as Americans – and whether we value our identity as Americans above our identity as human beings.


The issue of immigration is complex, volatile and fraught with emotion. There are no easy answers. Each of us reading this is likely at different points on the spectrum in this particular decision. What I would like to point us to is the opportunity to look in the mirror about our own values in how we make decisions.

As leaders, one of our primary roles is to make decisions. The higher up we get in the hierarchy, often the more ambiguous the decision and the greater the impact of that decision. The buck stops at your desk. Here is what I would like us to ask ourselves today: How often do I stop to consider my own values as I make decisions? How do I take into account the values of my stakeholders? What are important values as I lead and influence others? How important is maintaining my own humanity in the workplace and standing up for human dignity?

Here’s an example of what I’m talking about from a recent conversation with an executive coaching client (let’s call her Anna): “I’m ready to fire him!” she exclaimed. She sounded tired and exasperated. She had hired a new leader six months ago and has steadily lost faith in him. While he is brilliant at his job, his disrespectful and hierarchical behavior toward his team are contrary to the culture she is creating in the organization. There have been many complaints from his team. She is getting pressure from human resources to start documenting his erratic behavior to build the case for an exit. She has given him feedback, but he is often defensive. She faces an important decision. Should she fire him or give him another three months to change his behavior? She faces (arguably) an even more important decision. Who is she as a leader?

I asked her a question: “What values are important to you as you make this decision?” She paused. I could see that the question caused her to see this situation from a different, less emotional perspective. She shared that at one point when she gave him feedback, he had actually cried because he didn’t want to lose his job. He is divorced and had relocated for this job to be closer to his daughter. He had shared with her that it’s important for him to make the relationship with his daughter work. At that point, Anna saw and connected with him as a human being and not just an employee. His sharing and her seeing his humanity connected with a value of kindness and human dignity that is important to her. As she explored this value, she realized that she is committed to helping him succeed by being a better coach to him than she has in the past.

What happens in three months and whether he ultimately meets the expectations of the organization remains to be seen. What undoubtedly changed as Anna connected with her values was Anna’s attitude toward him. Instead of blaming him she is now more willing to be curious and committed to helping him grow in his own self-awareness. She also came away from the conversation more rooted in who she is as a leader and a human being.

What Anna learned is that pausing to connect with values before we make decisions helps us become the leaders we aspire to be. As we make decisions, seeing the humanity of the people we impact, is a gift. It changes us. It changes the tone of our conversation with them. It changes how we treat each other. It changes our workplaces. All for the better.

A version of this post first appeared in my Forbes leadership blog.