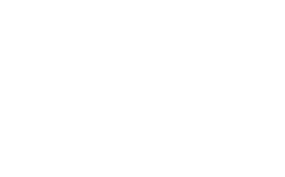 Brazil’s recent loss in the World Cup semi-finals has been called “the worst World Cup loss in history”. It broke many records (number of goals scored in a semi-final, worst loss suffered by any host nation, Twitter record).  How Brazil rebounds from this failure will determine whether they will make it in the top three when they face Netherlands on Saturday.  In addition to the public disgrace, we can only imagine the private hell each member of the team is going through.  How to rebound from failure of such epic proportions? How to pick yourself up quickly to regain confidence? These are questions that face each of us as we encounter failure for ourselves, and failure by those we lead. Read on to learn about how to rebound from failure.

Why Focus on Failure?

Failure is an excellent teacher. Hypothetically. Most of the people I know (including myself) don’t actually want to experience failure ourselves.  It’s just too painful! Yet, innovative cultures require a greater agility in being tolerant of and channeling the lessons of failure.  Leaders of the future need to figure out how to help teams process failure quickly and effectively if we want to invite innovation into our organizations.  Ironically, I learned something about coaching others through failure by failing at it myself. Here’s what happened and what you can learn from my failure.

A Failed Approach to Getting Through Failure

Recently, I was chatting with a friend of mine who had just lost her job. She didn’t have a lot of savings to support herself. On top of that her personal computer crashed and she had the added expense of buying a new computer. She wasn’t having a good week and was really down on herself.

Here’s what I said to help her feel better: “I understand how you’re feeling. I wouldn’t want to be in your place either” (ouch!). “Don’t be so hard on yourself, things will get better”. “You didn’t want to be working for that moron anyway!” “Hey! How about we brainstorm a list of opportunities for you?” Sound familiar? Most of us try some well-intentioned versions of the above in order to make the uncomfortable feelings of failure go away as quickly as possible.

If you find yourself doing any of the following like I did, kindly stop. It didn’t work.

Failure is a Process that must be Processed

As I learned from another one of my other failures, failure is a process that must be processed before we’re ready to embrace the lessons.  In each step of the process the role of the leader (as the coach) is different. Overall the role of the coach is to move the person from blaming others or blaming themselves to choosing to take an empowered perspective, learning from the failure, and regaining confidence.

Step 1 – When we fail, our first instinct is to blame someone else. Most of us get stuck in Step 1.  There can be no learning or growth for us if we’re stuck here because to get a better outcome someone else must change. The role of the coach here is to help the person process their emotion (anger, hurt, frustration, etc.) and move them through the process.

Step 2 – Sometimes we get to Step 2 after Step 1 or we just start at Step 2, blaming ourselves or feeling like helpless victims of circumstance.  The inner critic or victim shows up.  There is very little power available to us if we get stuck in this perspective.  The role of the coach here is to help the person process their emotion (self-hate, frustration, shame, anger aimed inward) and get them to Step 3.

Step 3 – Experience compassion for ourselves and others. This is a pivotal third step. In this we see that we’re human. We made mistakes, but just because we failed, it doesn’t make us a failure.  The role of the coach is to help the person get to a wiser and more balanced perspective.

Step 4 – Learn from the experience. It is very hard for new perspectives and new learning to be created when people are stuck in their Step 1 and Step 2 emotions.  The role of the coach is to help the person see the lessons from the failure, understand the opportunity for learning, and see how the failure has made them stronger and more resilient. It is the critical step toward greater self-confidence.

Step 5 – Get back in the match and try a different approach. The coach’s role is to champion the person and encourage them to incorporate their learnings into new actions to be taken from a place of greater resilience and wisdom.

I hope this helps us all practice learning from failure.  One failure, no matter how epic, doesn’t stop us unless we choose to let it. I hope team Brazil will rise to fight the good fight on Saturday against Netherlands. May the most resilient team win!

A version of this post first appeared on my Forbes leadership blog.

Additional Blogs on this Topic:

Five Steps from Fears to Fierce